Biometric technologies are fast becoming an integral part of day to day life for people around the globe. For those new to the world of biotech, the term refers to the phenomenon of digital identification.

In other words, bio technology is used to identify a person according to one facet of their physical body such as a fingerprint. In today’s world, we have evolved way past the fingerprint though, with apps like Facebook made famous for their facial recognition software.

Experiments are even currently being conducted into physical traits such as the heartrate and intraocular vessels, among other things. Some scientists are even looking to implant microchips beneath the skin – something sure to stoke the fires of controversy.

The Future of Biometric Technology

A great number of biometric technological services are being developed and tested as we speak. In fact, you can expect to see the results of this manifest in reality within just a few years. Soon plastic cards will be a thing of the past, and fingerprint scanners will be used for everything. The future of this technology will change market research, banking and health services (as well as many other industries) for good.

However, the glaring problem with biometric technology is that it could threaten privacy. As is the case with all things digital, biometrics could pose a risk to your biometric data – including your movements and whereabouts. By the same token the technology could be used to track down wanted individuals, or to keep track of those under surveillance. When it comes to biometric technology, it isn’t all bad, so let’s take a look at some of the ways it can be of benefit.

Biometrics is used primarily for authorization and identification as opposed to for data protection. In future, users won’t have to remember PIN codes or passwords, they can simply choose between a fingerprint or a retina scan. Of course, there is no foolproof system against unwanted attacks, in the digital realm or otherwise. However, biometrics significantly increases the security of your data. It is generally recommended to employ multimodal biometric authorization systems for optimal security.

Get your photo now! 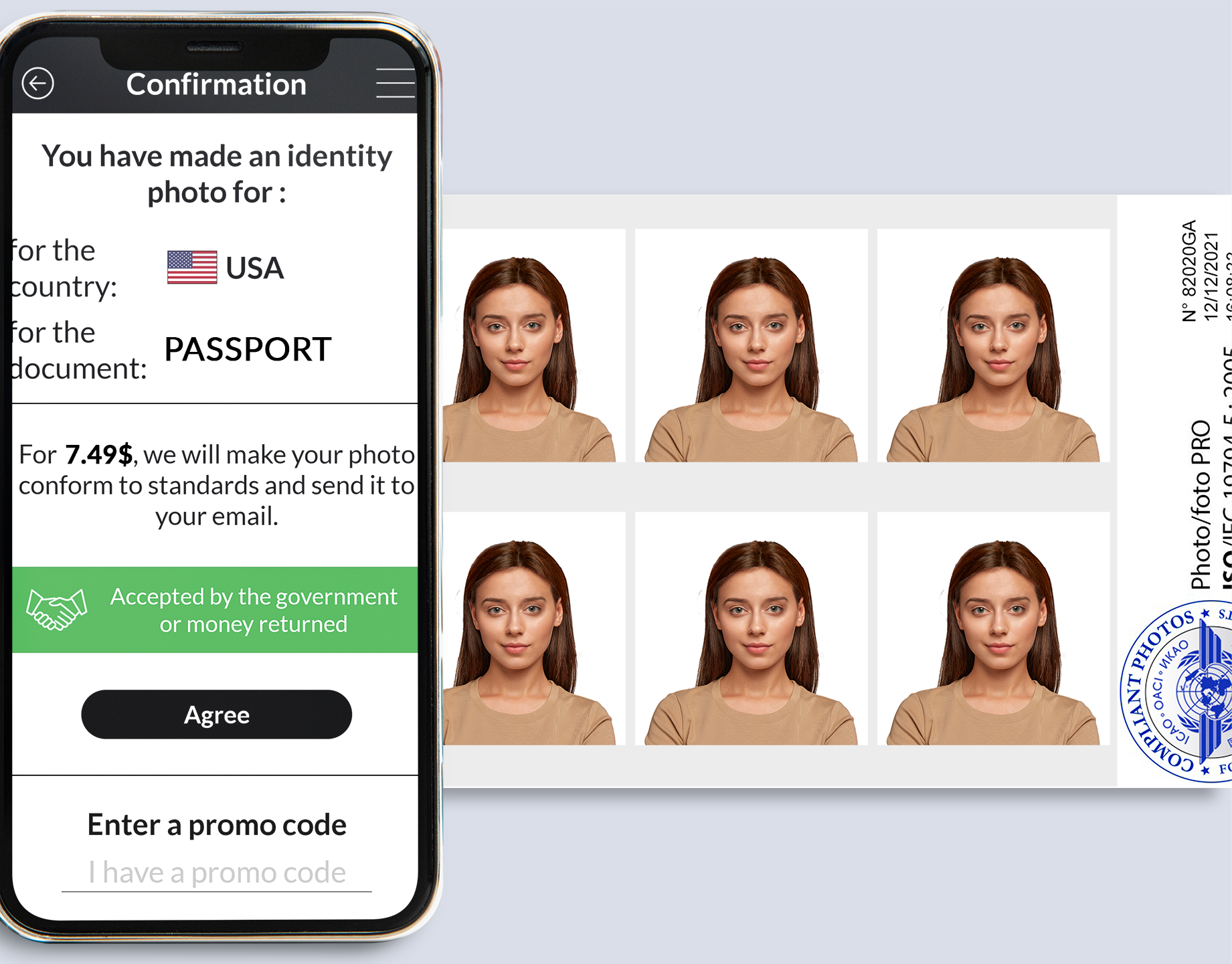 Simply take a photo and we will do the rest! No need to search for the correct photo format/background color, all is done by the Smartphone iD app for the best price on the market! Before sending out your picture, your photo will be approved by an expert.

Perfect for visa and other official documents. The correct photo format is available for over 200 countries and regions. Photo accepted by the administration or money returned!

Scroll back to top