Printing or getting a passport-sized picture at any UK Tesco is simple and quick. They will charge £6 for a passport photo. Their Max Spielmann photo booths are state of the art and you can get your photos with the guarantee that they will be accepted by the HM passport office and comply with all the guidelines.

Morrison is one of the largest UK supermarkets and they have photo booths that take passport photos in some stores.

You can use their Store Finder and look for the photo booth icon in the Store Services section to find your nearest photo booth.

Best UK Passport Photo App That Will Handle it All

With the many passport photo apps online, it may be challenging to know the best option for your needs. One of the best choices is the Smartphone iD app that offers digital passport photos for 4.03£ while the regular passport photo booths offer the same services for double the price, which is often 8£.

For this price, you will not only get a conform passport photo format with a UK photo code for passport application online but also real human photo verification that all ICAO and HM Passport office requirements have been followed.

It is also the easiest app to use, offering a special contour on the screen and only 4 steps to complete the order. You can also order professionally printed photos to be delivered by post. This is among the first mobile apps to take passport photos directly using your smartphone. Whether you want a photo of your driver’s license, identification documents, or passport, you can bank on the Smartphone iD app. It is truly among the best-performing passport photo app.

Get your photo now! 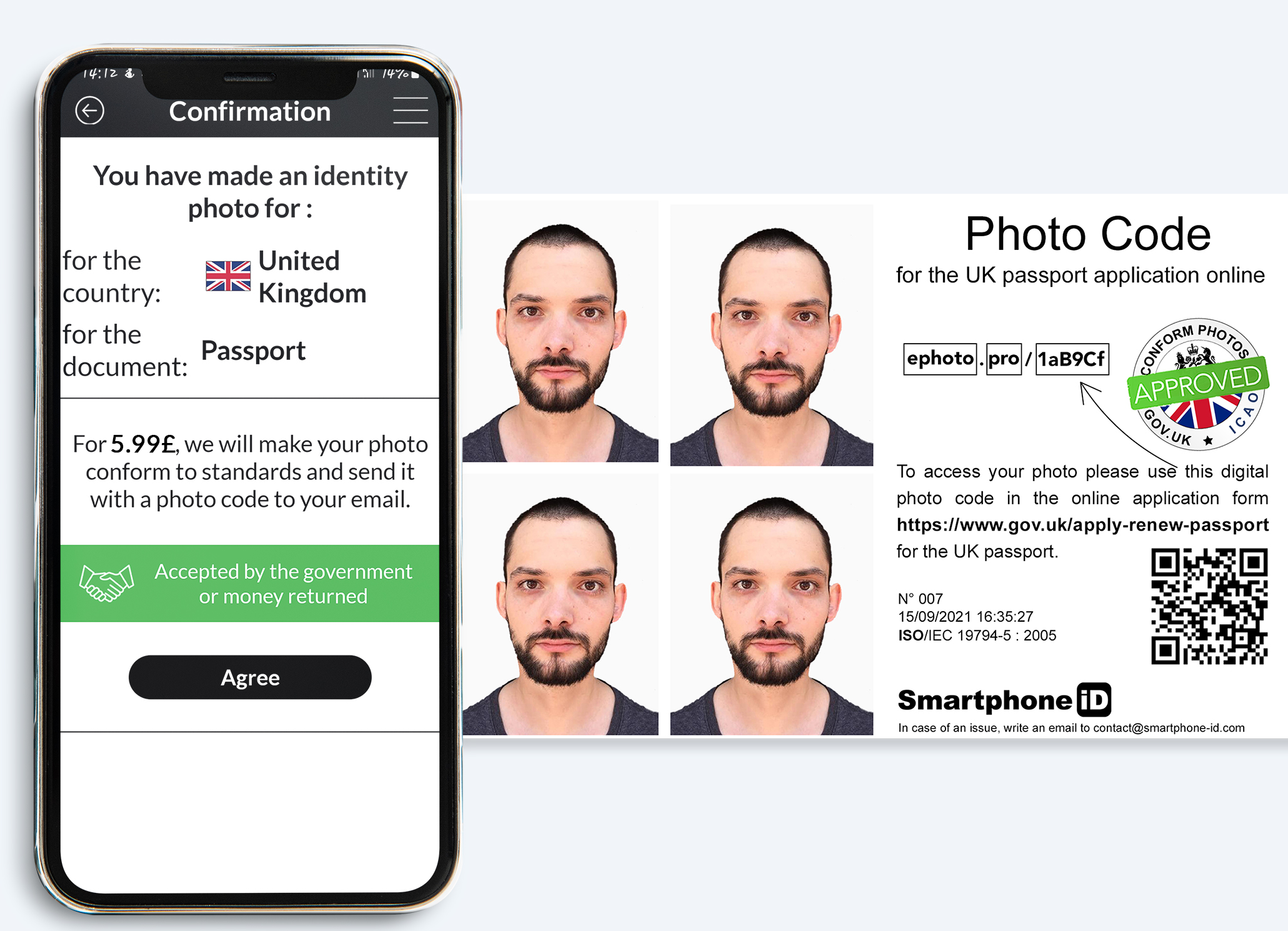 Simply take a photo and we will do the rest! No need to search for the correct photo format/background color, all is done by the Smartphone iD app for the best price on the market! Before sending out your picture, your photo will be approved by an expert.

iD photo code available for the UK passport and driving licence applications online. If for any reason your photo is not accepted by the authorities, you immediately get your money back! The correct photo format is available for over 200 countries and regions.

Scroll back to top